Just My Size by Colleen Lindstrom

I was innocently pregnant with my first child, when the know-it-all co-worker had the lecture with me.  You know the know-it-all co-worker, right? The know-it-all co-worker doesn’t keep her opinion to herself because as far as she’s concerned, it’s not an opinion, it is the truth. So, she says to me, “you need to decide right now what size family you’re going to have.  Don’t let anyone tell you that it needs to be bigger or smaller than you think it should be. Decide right now, and stick to it, because people will try to talk you out of it.” The know-it-all co-worker was part right, it is important to stick to your own guns, and not allow the opinion of others sway you in decision making, especially where family is concerned. However, she went on to say, “If you want to have just one, have just one. If you want to have two, have just two. But do not have three unless you are really up to the challenge of being outnumbered.”

Well, the joke’s on the know-it-all co-worker.  I have five children, three living.  Here is the kicker; I only wanted two.  The first came, and left swiftly. She died of SIDS. I knew I wanted two more.  Two living children. The second came, and stayed. The third left us at 21 weeks of pregnancy. And then, when we were just trying for one more child to complete our perfectly envisioned family with two living kids… twins. TWINS! Suddenly, the two living children we wanted, turned into three living children, and we, without choice, were outnumbered.

Once we added the sweet little twins to the family, I began referring to this family as our “big ‘ol family,” because to us, it is. Bigger than we ever thought we’d be (especially since the two we lost are very much still a part of our day-to-day lives). I’d always envisioned a family of four—that’s what my husband and I had both grown up with. That was our “normal.” So, having three living children feels really big, and these days it sort of is.  We have found so many of our friends will have two children, then have the discussion about having a third, and then a year in taking the permanent measure to be sure that the third child never actually becomes a reality.  Two seems to be the average cap these days, and those of our friends who have decided to have one child get the major “what’s up with that” look.  (To say nothing of the look that those that have decided to have no children get.) The fact is this; families come in all shapes and sizes. You do not need to decide before you embark on the journey exactly how large you want to grow your family. Your arrangement is YOUR arrangement, and is perfect for YOU and YOUR family!

There are some decisions you make, and some that are made for you.  We all do the best with what we have. There are advantages and disadvantages to every arrangement when it comes to number of children in a family (and layer on top of that age spacing, which is a whole different blog).  Did I start out wanting so many children? No. But you know what? I can’t imagine a different life than the one that has been handed to me, and I see on a day-to-day basis the valuable lessons that my children are learning by virtue of the fact that they are growing up in this very arrangement. So, we’re outnumbered, and I wouldn’t have it any other way (take that, know-it-all co-worker.) 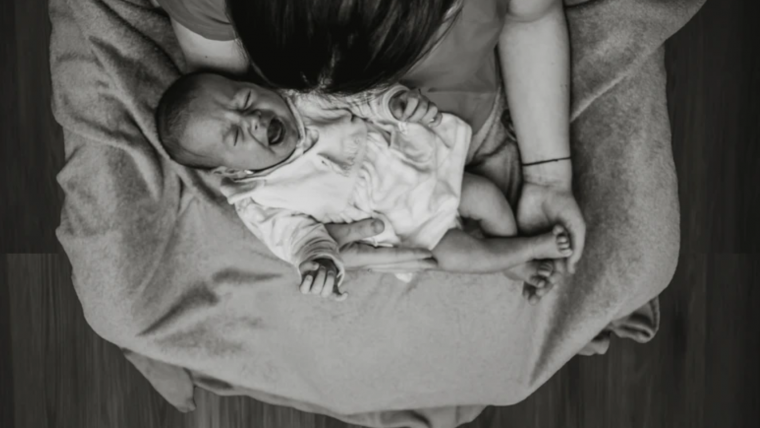 Colicky Baby? Here’s What you Need to Know

A Mom Has Many Birthdays by Colleen Lindstrom